Women who smoke cigarettes during pregnancy are exposing their unborn babies to the poisonous chemicals and nicotine in cigarettes...

We apply the same rule with consuming alcoholic beverages and certain species of fish that contain methyl mercury...

Why would exposure to pesticides via produce be any different?

And the results of three recent government-funded studies — at Columbia University, Mt. Sinai School of Medicine, and the University of California, Berkeley — appeared in Environmental Health Perspectives last month confirming as much.

Each of the independent studies, which were funded by grants from the EPA and Institute of Environmental Health Sciences among others, concluded women who are exposed to high levels of certain pesticides during pregnancy give birth to children who appear to have lower IQs* than their peers by the time they are in elementary school. 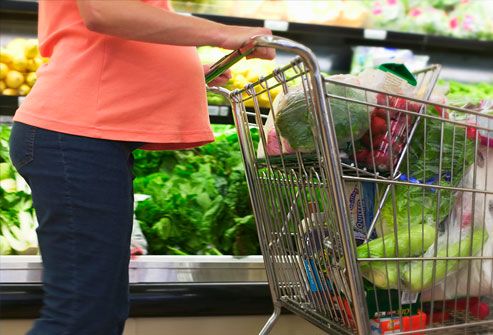 The particular pesticides that were examined in the studies are called organophosphates (a common class used in agriculture, particularly fruits and vegetables), that's efficient in pest control because it attacks the nervous system of pests.

Indoor use of these chemicals has been restricted because of safety and health concerns, and in 2000, residential use of this group of pesticides became illegal. However, organophosphates are still used in treating food crops across the United States and sprayed along major roadways.

People ingest these pesticides mainly from supermarket produce, or are exposed to them directly through commercial agriculture.

And while previous studies have linked this particular group of chemicals to delay in development and attention problems in children who were exposed during their mothers' pregnancies, the recent studies extended this link to show a child's IQ has a tendency to decrease in proportion to the mother's exposure during pregnancy.

The Berkeley study examined several hundred women and children who live on or near farms where organophosphates are used to treat crops. Most of the mothers were Latino, living in the Salinas Valley and working on farms themselves or living with family members who worked in commercial agriculture.

The studies tested the level of chemical bi-products from the pesticides, called metabolites, in the urine of the pregnant mothers.

The results are startling...

Brena Eskenazi, a professor at UC Berkeley, explains the significance of a seven-point difference on the IQ spectrum at this age as being similar to a child's brain being exposed to lead poisoning. Developmentally, she said, "that's equivalent to a 7-year-old child performing like a 6 1/2-year old."

The studies conducted in New York focused on families living in urban areas versus rural or farm-working families.

Researchers at Columbia found that women with higher levels of pesticides in their umbilical-cord blood had children with loin New York City focused on the levels of a particular organophosphate called chlorpyrifos in the umbilical cord during pregnancy. (Though the pesticide has been banned from indoor use for more than a decade, it was still widely used as to kill pests in the home or found in household products when the women for this particular study were pregnant).

The Columbia study examined 265 black and Dominican mothers and children from low-income families, and used the same IQ test as the study at Berkeley.

Researchers found the IQs of the seven-year-olds with the highest prenatal exposure was ~3 points lower on average than the mothers whose umbilical cords had a lower level of pesticide contamination.

And the results of a third study conducted by the Mount Sinai School of Medicine, also in New York City, revealed genes play a role in the effect of the prenatal exposure in children later in life.

About 1 in 3 people is more genetically susceptible to the pesticide risk than others; the association between organophosphate exposure and developmental delays was more pronounced in children whose mothers had a certain genetic variant that influences an enzyme that breaks down organophosphates, though there's not a clear or easy way to tell who they are...

The joint findings are strengthened by the differences in the locations, study participants, and methods used to measure pesticide exposure, says Bruce Lanphear, M.D., a professor of health sciences at Simon Fraser University, in Vancouver, BC, who did not partake in research.

"It is very unusual to see this much consistency across populations in studies, so that speaks to the significance of the findings," he explained. "The children are now at a stage where they are going to school, so it's easier to get good, valid assessments of cognitive function."

Researchers from all three studies emphasize that these findings do not mean expecting mothers should avoid a diet rich in produce during their term, however washing all produce thoroughly is suggested — including washing the peels and skins of fruits that you do not intend to consume, like oranges or lemons.

The crops most likely to retain traces of pesticides include fruits such as apples, strawberries and blueberries, and vegetables like celery, sweet peppers, and potatoes.

The findings certainly make a strong case for buying organic produce during pregnancy — and beyond...

Generally speaking, the results of the study should encourage consumers to take a good, hard look at how their food is being treated and grown, and the importance of consumer choice and the effect of what we buy on our own — and our families' — well-being.

*The Wechsler Intelligence Scale for Children, Fourth Edition (WISC-IV), was used to assess the cognitive abilities of the children at age 7. The test includes subcategories for verbal comprehension, perceptual reasoning, working memory and processing speed.