Is Soda Accelerating Your Aging?

A grade school science fair taught me everything I need to know about soda: Avoid it at all costs.

I had just lost an incisor the week before the fair, so my grandmother suggested placing it in a bath of Coca-Cola to watch the results.

The tooth was completely decayed in a matter of days. Soda and I have been on unfriendly terms ever since.

According to a new study, teeth aren't the only thing soda is damaging. In fact soda may be speeding up the entire aging process.

Researchers at the Department of Medicine, Infection and Immunity at the Harvard School of Dental Medicine have determined that the high levels of phosphates in soda may increase the severity of age-related complications like heart and kidney disease.

In fact, women who consume as little as two cans a day double their risk of kidney disease. 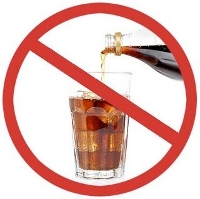 The Harvard study was performed on three groups of mice. One group was specifically bred to have toxic phosphate levels, and they lived for 8 to 15 weeks. A second group was fed a high-phosphate diet, and lived about the same amount of time.

But the third group, which were bred with significantly lower phosphate levels, lived much longer — as much as 20 weeks longer.

Considering the fact that beverage companies produced more than 9 billion cases for thirsty Americans last year, the country looks to be drinking itself into an early grave.

But how do we reverse course?

Here in Baltimore, we will soon be voting on a bottled beverage tax — a tax to both shore up a city deficit and to decrease waste and increase the health of our communities.

Like cigarettes before it, soda may become the target of taxes as a public health initiative. It's a program that has certainly curbed cigarette use in America, but it's hard to tell how successful it would be on something as popular and pervasive as soda.

And while soda is the prime offender for most people, it's certainly not the only culprit; processed foods are also rife with phosphates.

The bottom line is that by eating organic whole foods and staying away from syrupy beverages and chemical additives, you stand the best chance of aging gracefully.

"Humans need a healthy diet and keeping the balance of phosphate in the diet may be important for a healthy life and longevity," said M. Shawkat Razzaque, M.D., Ph.D., who worked on the study.

That's what we subscribe to here at Green Chip Living. I, for one, am trying to avoid having my body end up like that science fair tooth...