At some point in our lives, cancer will rear its monstrous head — either to us directly or to the people we love.

With 40% of Americans expected to get some form of cancer, the threat is a disarming and harrowing one.

And according to a new report, Americans are swimming in a deadly, toxic stew of carcinogenic chemicals which threaten to drag ever more of us into cancer's waiting jaws.

Who could have guessed that industrial chemicals and pesticides could do such serious damage to the human body?

While this news may not be a shocker to Green Chip Living readers, what you might find shocking is that this report didn't come from an environmentalist organization, a natural health guru, or an organic farming committee... It came from one of the most mainstream medical coalitions in the country: the President's Cancer Panel.

The report is called "Reducing Environmental Cancer Risk: What We Can Do Now" and its content echoes the title... 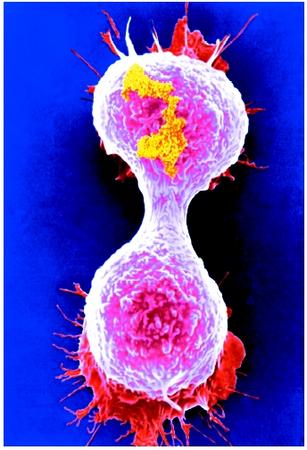 The crux of the report is that Americans are exposed to around 80,000 chemicals, most of which are either unstudied or understudied in terms of cancer risks. Currently, many chemicals are thought to be safe until proven otherwise — at which point, the damage has already been done.

Chemicals like Bisphonal-A (BPA) have been linked to cancer, but only after years of ubiquity. Just this year, the FDA finally recommended that children limit their exposure to it.

Recommendations in the report explicitly calls for chemical companies embrace "green chemistry" and turn to non-toxic alternatives to existing risky chemicals. It goes on to outline the 12 Principles of Green Chemistry, like designing chemicals using methods that possess little-to-no toxicity to human beings.

At this point, research support for green chemistry is rather limited, but the study cites Michigan's Green Chemistry Drive as a positive development; the initiative expands education in green chemistry to chemists and chemical engineers.

Who is Most At Risk?

The report stresses that both children and pregnant women are the most susceptible to these carcinogenic chemicals.

Children are particularly at risk for a few reasons:

What Can Regulators Do?

The study recommends that on way in which the government protect consumers is to establish a national database containing all known information on chemicals and their resulting hazards, so people can do their very best to avoid them. This might resemble something of a beefed-up version of the Household Products Database, maintained at the National Institute of Health.

The President's panel also champions setting appropriate exposure limits, based to the predicted effect of a toxic material.

Historically, many chemical exposure limits were based on "Reference Man" — a hypothetical man, 5'7'' and weighing in at 157 pounds. This standard is flawed for obvious reasons: children and woman, who are most at risk, are usually significantly smaller than "Reference Man," skewing the levels of toxins that an average person could safely handle.

While the EPA states that the organization moved away from the "Reference Man" standards years ago, a new set of appropriate standards has yet to be created. The report suggests quick action on exposure limits.

What Can You Do?

While you're waiting on regulatory agencies to implement some of the reports systemic recommendations (and considering the government's glacial pace, that will probably be a while), you can make some personal changes right now.

This type of mainstream report is just what the green movement needs to legitimize some of the claims that we've been making for years.

It may seem obvious that avoiding pesticides, plastics, and other chemical compounds would reduce the risk of diseases like cancer; but until more studies like this emerge, companies like DOW and Monsanto will keep denying these charges — all the way to the bank.

As Michael Lerner, President of the Commonweal health research agency, noted in the report:

A simple way of thinking about moving to a healthy and sustainable world is that it requires green energy and green chemistry and green products.

And that's pretty much our motto at Green Chip Living.

If you're living a green lifestyle, keep on doing what you're doing... and in dealing with something as devastating as cancer, it's worth taking any extra precautions you can.