China has just issued a directive that would recommend the death penalty for those convicted of deadly food safety violations.

The Supreme People's Court ordered the most severe punishments for manufacturers of tainted food that led to fatalities. The court also strengthened punishments for government officials found guilty of taking bribes or protecting perpetrators.

"Food safety concerns the people's interests and livelihoods, social stability and the future of socialism..." the court said in a statement.

Food safety is a particularly serious issue in a nation still reeling from the melamine milk disaster of 2008, which resulted in the death of six children illness suffered by several hundred thousand people. As recently as last month, three children died and dozens more became ill after consuming milk tainted with sodium nitrate. 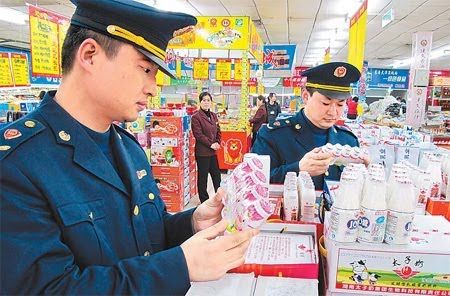 And those are only two examples. China's been racking up more high-profile food safety cases than gymnastic medals at the Beijing Olympics...

But the punishment doesn't seem as harsh when you take a look at some of the reasons China has given for executing citizens in the past:

(Now I'm no death penalty advocate, but I can't imagine having much sympathy for anyone who could murder a panda.)

So it isn't entirely surprising the Chinese would implement such a draconian punishment for food safety. But if it takes the threat of execution to keep food safe in China, where does that leave the United States?

Last year, we told you about a Union of Concerned Scientists report claiming that our food supply was “directly compromised” by the revolving door of government and big business, essentially the same situation that could get you ten years in the slammer — if you're lucky — in China.

But in the United States, these crimes are left basically unpunished.

Rarely do offenders do jail time, and punishment usually tends to be a slap on the wrist in a form of a small fine.

Some legislators have sought to stiffen the penalties for violators.

Sen. Patrick Leahy (D-Vt.) noted companies "view such fines or recalls as merely the cost of doing business", and they should be much harsher if they are to be effective.

Earlier this year, Leahy reintroduced the Food Safety Accountability Act, which calls for prison sentences of up to ten years for some offenders.

"Current statutes do not provide sufficient criminal sanctions for those who violate our food safety laws with the intent to mislead or defraud," the senator said in a statement introducing the bill.

“In order to protect the public, we need to make sure that those who knowingly poison the food supply will go to jail.”

Leahy's bill has not been passed.

Surely there is some middle ground between America's toothless fines and China's state sponsored execution...

What do you think is an appropriate penalty for food safety violators and those who turn a blind eye to keeping with regulation?