Down and Dirty with Terra Preta

In the depths of the Amazon rainforest, a dark substance has mystified scientists for decades. It has been said that it holds the power to feed the world's hungry and even fight global warming...

That substance is terra preta, or “dark earth” in Portuguese.

The sumptuous soil is said to have been created and cultivated by the indigenous Amazonians before the dawn of Western civilization — sometime between 450 BC and AD 950.

But how did the ancient peoples cultivate such rich earth? For decades, the soil near the Amazon River had been thought to be far too acidic to grow most crops.

Some claim that without terra preta, there would have been no way for the area to sustain the large populations that flourished there until the European arrivals in the 16th and 17th centuries.

Research over the past twenty years has uncovered many of the ingredients that make terra preta such fertile soil. It's so fertile, that some evidence suggests that it can produce crop yields up to three times larger and three times faster than traditional soil. 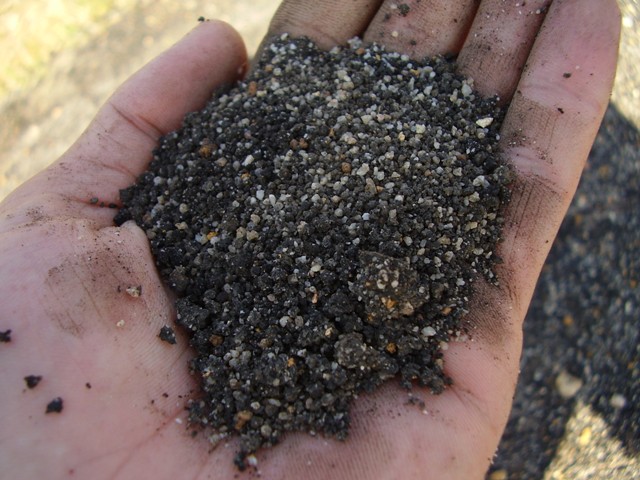 Why is terra preta so fertile?

Terra preta contains three times as much nitrogen and phosphorus as traditional soil, and about 20 times more carbon.

These elevated levels can be attributed to an abundance of charcoal, organic matter like animal feces and bone, and crushed clay pottery.

Scientists have deduced that the indigenous Amazonians used a slowed version of “slash-and-burn” agriculture, in which they steadily burned large swaths of the forest; the scorched remains of trees and brush produce plenty of charcoal and not as much ash as the traditional slash-and-burn.

They would then mix the “biochar” into the soil.

The extra carbon trapped in the biochar slows the reproduction of microorganisms so organic fertilizers like feces and bone actually last longer in the soil, allowing terra preta to stay fertile for thousands of years.

The carbon sequestration involved in terra preta not only does wonders for crops, but could also be a huge boon to the struggle against climate change.

While the slash-and-burn process is a huge contributor to global warming, the biochar resulting from the Amazonian “slash-and-smolder” technique cuts the amount of carbon released in to the atmosphere by half.

Scientists and climate experts argue that if more U.S. farmers implemented biochar, our agricultural carbon footprint could be seriously reduced. We could keep the excess carbon out of the atmosphere, all while nourishing the soil. That's a win-win scenario...

Make your own terra preta

While scientists are still attempting to identify the specific microorganisms that make terra preta so agriculturally exceptional, there are a few ways to create a version of black earth for your home garden — none of which are a walk in the park, but putting in the work on the front end could pay great dividends from your garden's bounty...