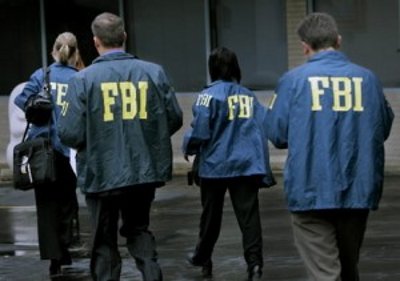 The National Institutes of Health is one of the most important and trusted sources of scientific and medical research in the modern world.

With an annual budget of over $37 billion and friends on both sides of the political aisle, the NIH exerts massive influence from its offices in the posh suburb of Bethesda, Maryland.

And for good reason.

As the leading state sponsor of health research in America, the NIH has been responsible for great advancements in everything from vaccines for hepatitis to the treatment of bipolar disorder with lithium.

It’s also been responsible for more controversial projects, like the addition of fluoride to the water supply.

But controversy is inevitable when an organization has been spending many billions a year and has a history dating back to the 1790s.

And it has no doubt brought much good to the world. In fact, the NIH’s public archives are an important resource for the researchers here at Clear Health Now.

PubMed Central, the research archive for the NIH, represents an important step forward in public access to scientific research.

That’s why it’s infuriating — borderline heartbreaking — to learn about this unfolding scandal. Here are the details...

The NIH was enrolling hundreds of human participants in a large-scale, long-term study that would cost upwards of $100 million.

The ultimate goal was to enroll 7,800 people from 16 centers across the globe. Half of the participants would be instructed to drink daily, while the others would have no alcohol.

The study would last for six years — NOT long enough, as critics have pointed out, to show the effects on cancer and other long-term adverse results. The goal of the study appeared to be to prove that moderate alcohol consumption is healthy.

Which is why the researchers must have felt comfortable going hat in hand to the billion-dollar conglomerates of the alcohol industry.

(And using our tax dollars to do so.)

Apparently, in a series of private presentations to alcohol executives, NIH researchers promised to prove the positive results of drinking and were able to secure at least $67 million in funding.

Enough to secure cushy positions for themselves and their friends at least for the six years of the study.

Fortunately, a cohort of journalists and medical professionals began to smell a rat.

[This study] is not public health research — it’s marketing.

This must have seemed like a dream come true for industry...

They’re admitting the trial is designed to provide a justification for moderate drinking. That’s not objective science.

And investigators from other sources began to uncover deception and obvious examples of kowtowing to industry demands. According to the Los Angeles Times, this behavior was rampant, and it was all documented in writing:

Eventually, [the NIH staff] asked that an email to a potential funder be amended to state that “one of the important findings will be showing that moderate drinking is safe.”

This is obviously a fundamental violation of public trust and science itself.

To go into a study with a conclusion pre-determined ruins any credibility, and to do so in favor of the industry that’s being studied is a textbook example of corrupt research.

And when the NIH behaves badly, you can’t expect the industry groups to rein things in.

In other emails, a trade group representing European spirits makers told staffers of its interest in a potential agency-sponsored conference that would highlight the health benefits of alcohol.

This wasn’t standard practice of consulting with private business before launching a study, either.

The researchers clearly knew they were engaged in misbehavior:

And in an email among [government] employees, one person describes his or her intent to conceal from NIH leaders an editorial in the medical journal BMJ that argued “that reduction of alcohol consumption, even for light to moderate drinkers, is beneficial for cardiovascular health.”

So they were attempting to hide their bias from day one.

Ultimately, the study was halted, forcing NIH director Francis Collins to become personally involved and issue a series of statements.

But as far as we can tell, the study was only closed AFTER these investigative reports came to light.

There was no internal audit or watchdog that caught these glaring violations... even though this was a massive six-year, 7,800-person study with $100 million in proposed funding.

And this is just what we know about.

The NIH has been responsible for some valuable and important research. But this is just the latest incident that demonstrates the need for INTENSE skepticism when it comes to government-sponsored research.

The alcohol industry essentially paying the NIH to “prove” that consumption of alcohol is healthy bears striking similarities to what the food industry did to another large-scale government-backed public health initiative.