There is something special about the human brain, and we’re still unsure exactly what it is. It’s not the largest or the most complex. It doesn’t have more neurons than our primate relatives. Yet somehow, we are the only creatures on earth able to manipulate our environments, create smartphones, and walk on the moon.

A 2015 study suggested that the chimpanzees inherit their cortical organization through genetics, meaning a baby chimp’s brain is organized almost identically to that of its parents. There isn’t much room for modification.

Humans, on the other hand, have a more relaxed genetic control of their cortical organization. This means we organize our brains after we’re born, shaping our behavior and intellect by the environment and culture we exist in. Perhaps this is how we were able to jump so quickly from the stone age to the tech age, each generation building on the knowledge of the ones that came before instead of relying on pre-programmed instinct alone.

Regardless of why the human brain is unique, it remains a fascinating organ that researchers still don’t completely understand. It is a symbiotic mixture of tissues, chemical signals, and electrical impulses that have provided the inspiration for the development of the modern computer- the poor-mans brain.

How do these physical brain structures translate the human experience?

Neurons are brain cells- the building blocks of your entire nervous system. They are the Wifi for your body, responsible for all communications. Anytime your body does something, neurons made it happen. Without neurons, there would be no communication between your body and your brain. You’d basically be a cabbage.

Neurons in the outer layer of your brain handle sensory information. When you see, hear, or touch something, the information is “saved” here. New experiences create new neurons and when you have the same experience again, the same neurons are activated- this is called memory.

Your memories are vital, they help you can perceive the world without even trying. You already know what rain on your skin feels like because the experience is “recorded” in your cells. There are around 86 billion neurons in your body, and not all of them are located in your brain. They cluster in your stomach and also your heart, bringing some validity to the ideas of “going with your gut” or “following your heart” when it comes to making decisions in life.

Neurons make things happen through action potential. For example, a mosquito lands on your arm. The stimulus is picked up by the tiny hairs on your skin which alerts the neuron. The neuron sends an electrical signal immediately. Like telephone wires, the signal is sent through the neurons to the muscle cells, causing a few of your arm muscles to contract and slap the mosquito within seconds.

These nerve action potentials are instantaneous and the cells are able to relate the intensity of the stimulus to the appropriate action. A mosquito gently landing creates a different response than if someone were to poke you with their finger. It’s amazing how tuned in our neurons are to the world around us and how quickly they act to help us respond to our environments without conscious thought.

As we age, our neurons become less efficient at determining what stimulus deserves what response. They begin reaching action potential faster from trivial stimuli, creating increased sensitivity to lights, smells, and temperatures.

That’s why it’s important for us to take care of our physical brains now, to prevent break down later. 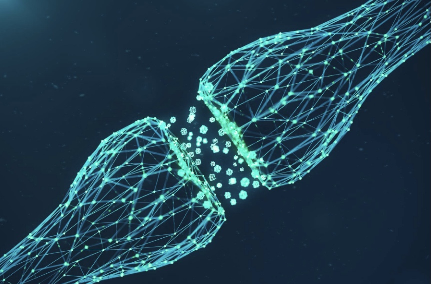 A synapse is a structure between neurons that allows them to pass information along. There are two ways synapses work- electrically and chemically.

Electric synapses work by passing electric currents through special channels called gap junctions between cells. It’s a complicated mechanism in which the first neuron changes the voltage in the next, creating a signal that can travel rapidly from cell to cell. This is how your brain communicates the need for certain hormones to be released at certain times.

Chemical synapses operate through the use of neurotransmitters (we’ll go over these in-depth later in the series). Neurotransmitters are biochemicals that bind to receptors in the cells and initiate an electrical response. This happens more slowly than with electric synapses and can have different effects depending on what chemical is released. For example, glutamic acid is a neurotransmitter that creates excitability.

Neurons and synapses work together to create an unimaginably complex communication system that allows you to go about your life. 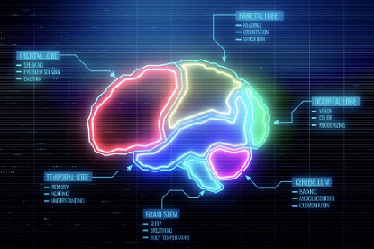 The brain is separated into two parts, called hemispheres. The left side of the brain is responsible for objectivity, spoken language, reasoning, logic, numbers, scientific thinking, and other analytical functions. The right hemisphere contains the structures used for art appreciation, intuition, creativity, face recognition, emotions, and imagination. The brain still operates as a single organ through a bundle of fibers in the middle known as the corpus callosum.

Your brain is also separated into lobes. Different structures are responsible for different functions. In a nutshell, the frontal lobe controls your behavior, memory, movement, and intelligence. The parietal lobe is located on the top of the head and aids you with language, reading, and interpreting sensations. The occipital lobe is in the back of the skull and allows you to see and comprehend spatial orientation so you don’t bump into walls or hit your head on low ceilings.

The cerebellum lays near the brain stem, which connects to your spinal cord, and coordinates your balance and involuntary functions such as swallowing, breathing, and heart rate. And the temporal lobe is located approximately where your ears are, responsible for speech, vision, hearing, and long-term memory. 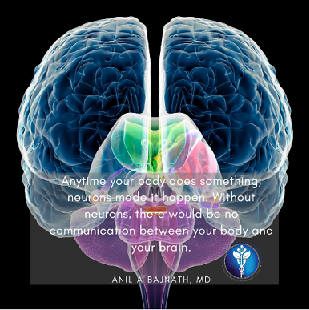 All of these structures form your perception of the world around you and your health in general. As the control system for your entire body, it is important to keep the brain functioning well by making sure we’re getting proper nutrients.

Dr. David Perlmutter discusses the importance of avoiding gluten and other inflammatory foods to promote brain health and reduce the risk of dementia and Alzheimers. He recommends eating fresh, whole foods such as vegetables, lean unprocessed meats, fruits, and nuts as the staples in your diet. He also recommends coffee to fight off oxidative stress and supplementing with DHA (commonly found in fish oil) for improved brain health.

*This content was provided by the Institute for Human Optimization (www.ifho.org)