Editor's Note: We are thrilled to bring you this exclusive interview with Doctor Shawn Baker, surgeon, military veteran, and world record-holding athlete.

He is a prominent adherent to the controversial yet simple carnivore diet.

It consists almost entirely of red meat, the occasional piece of salmon, and water.

The following has been edited for clarity and readability, but the full audio is available for members of the New Vitality Center.

Who is Doctor Baker?

I am someone who was basically experimenting with different diets for the last seven years...

And it's been two years since I became, for better or worse, kind of a figurehead in this carnivore diet space that's emerged in the last few years.

So, I’m obviously a strong advocate for it.

I was in the military — I spent time as a nuclear weapons officer. Back earlier on in my life, I was a combat medic, a surgeon in Afghanistan, and then went onto the private practice.

My license is now basically being reinstated as we speak, I’m finishing up the paperwork on that, but I didn’t get into panel review yet.

Mainly I've been familiarizing people with the carnivore diet. I’m doing a lot with lifestyle interventions and I think with some success based on the feedback I’ve gotten so far.

I'm working to get peer-reviewed research started around the carnivore diet as well.

Clear Health Now: Right, the frequent criticism is we have all these great anecdotes, but the hard research isn't there yet.

Dr. SB: Right, yes. That’s starting. We’ve got some of it already started up and have seen very good results.

We have published a number of peer reviewed cases, reports, and some journals, so you know that’s going on here. We’ve had some informal data collection and we've been using a research tool which we call FS36, which is a pretty well extracted document, to assess these overall functions, which are pretty remarkably impressive and proven on scores on the FS36.

A lot of patients that did carnivore for 30 days, with the wretched criteria being osteoarthritis.

It's starting — hopefully, some folks in the beef industry will help fund some of the research.

It’s in their interest, obviously, and I’ve interacted with the U.S. panel of this association and will probably champion that. It’s hard to do it for free and, you know, especially with what we’re looking at right now.

CHN: How do you describe what you do now?

Dr. SB: So I'm being called an influencer on social media sites. A little bit of that, obviously I’m writing my book, so I get to be an author, going forward I'll probably be doing at least part-time medicine.

I do some consulting, which is basically as a lifestyle nutrition consultant.

I'm not actively practicing medicine but I do a combination of consulting, writing, influencing, etc.

I got a podcast (Human Outliers) you know, so I’m wearing several different hats right now, and I’m still trying to be an athlete and a dad to four kids, soon to be five, and so I stay pretty busy regardless. 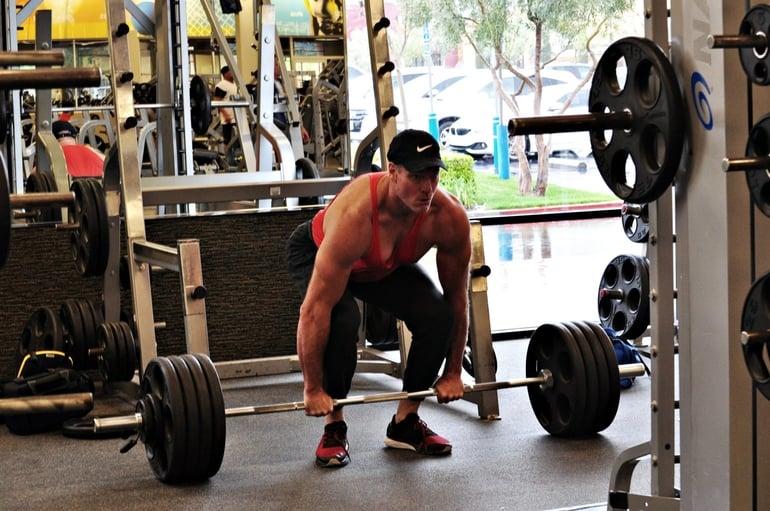 CHN: Let's talk about athletics. I know you had a 772-pound dead lift while you were in medical school.

Dr. SB: Yeah that was, I was about 33 when I did that, you know, I have always been a drug-free athlete. I’ve never taken drugs, especially now.

I’ve always been just training, and eating correctly, but yes, that was my best, I did that right before I went to into my third or fourth year of my medical school.

After that, life got crazy cause once you get into that and back into medical school and want to train, you don’t get much sleep anymore, so you spend 100 hours in the hospital, 120 hours working, so training was hard to do. I trained while I was there, but I couldn’t get it to that level I wanted to competition wise.

I probably would have been able to do an 800-pound dead lift, but you know, anyway that’s water under the bridge at this point. I’m currently, you know, I continue to compete in other sports.

After [the college powerlifting], I went onto strongman type of stuff like pulling trucks. I ended up like fifth in the nation the first-ever National Strongman Competition.

I wasn’t one for taking drugs, it would have gotten me to the top level, but I preferred to be natural.

I still actually did that for a couple of years, but then I went onto throwing stuff. 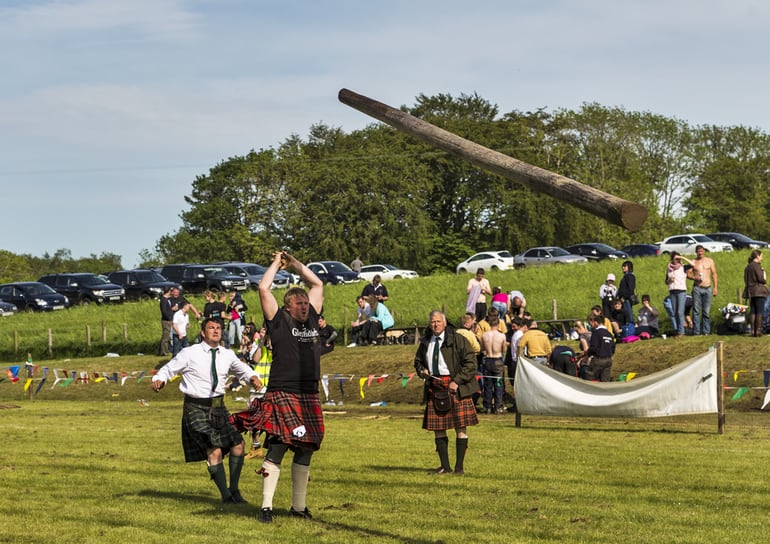 I got into the Highland games, which you go around in a kilt and throw around cabers, stones, and metal hammers. I ended up going to the world championship in that as a master.

I did that for about four or five years, and then I recently got into the Concept 2 Rower, which is a pretty popular thing in the CrossFit communities, popular among Olympic rowers, that’s what they use to train.

There are literally tens of thousands of people worldwide that compete at these CrossFit games.

Still, I ended up setting several world records on the Concept 2 rowing machines over several distances, which I think is interesting cause most people would say, “You couldn’t do that type of sport without carbohydrates,” but clearly, I did. 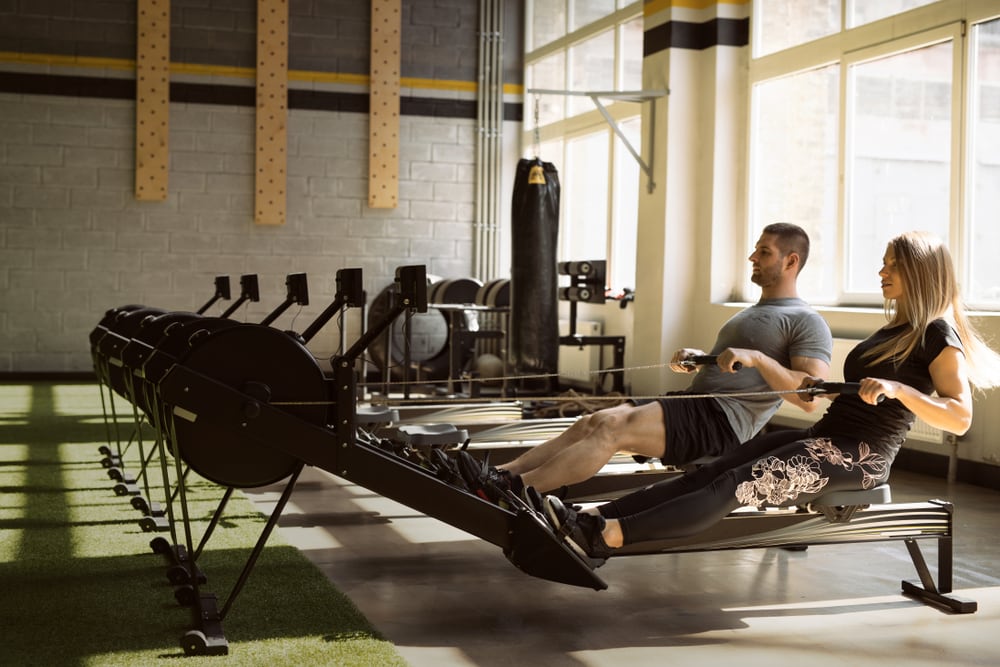 CHN: So, let’s go back before that, what were you eating in the younger days, like during medical school?

Dr. SB: Yes, I was kind of a normal guy, I would eat what I would consider a relative healthy diet, you know, lean meats, berries, and cereals and fruits and vegetables, I had a little bit of junk food but not that much...

But I ate that diet until I was about 40.

I worked out hard, and when you work out hard, you can just eat what you want, and that worked until it didn’t work anymore.

So, it stopped working for me when I got into my 40s and I was finding that my blood pressure was creeping up, my heartbeat wasn't good, I was probably developing sleep apnea.

I was fatigued even though I was working out... maybe even harder than I used to.

I was getting the aches and pains you get when you get older, stuff you just accept that as it is normal and then, you know, at one point I decided that I didn’t like where I’m at, so I thought I’d play with diets.

So I tried all kinds of dietary approaches, including a low-fat, low-calorie, lean-protein, high-vegetable diet, which, you know, for a while it was effective for losing weight. I dropped about 50 pounds in about three months, but I was exercising three times a day.

I was eating about half the amount of calories that I was eating before. I got down in weight, but I just didn’t feel very good, and then I started reading a little about the ketogenic diet.

I did that and sure, I felt better, and then I looked at the [medical] literature and I started to drift more to a low-carb, high-fat approach, which I did for two and a half, three years, and then I stumbled upon, you know, the carnivore diet to improve my athletic performance, I started reading about these people.

I started playing with that intermittently and then at one point, I think it was late 2016, I said I’m going to do it for 30 days, you know, all meat, and I did that publically over social media.

It was all done with a bit of humor and joking, and I mean, it kind of surprised me how good I actually felt, and so once I finished the 30 days, I went back to my more standard diet, and I just didn’t feel as good. 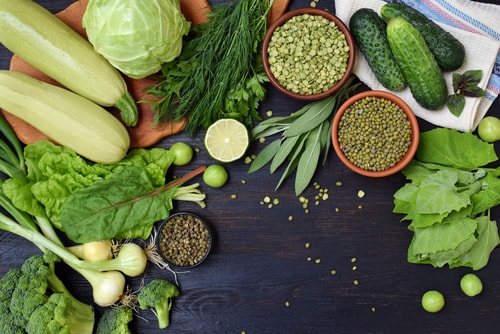 I figured out, “You know what, I don’t really crave eating a bunch of spinach. I don’t really like it.” So I said, “I’m going to go back to using the meat, eggs and dairy and seafood,” and so I did that, and I continue to do that.

About two months into it, I started to see my athletic performance really take off, and all the last bits of health issues that I still had clear up, the minor joint pains, skin issues, and stuff like that.

It all cleared up right away. So, I've been doing the carnivore diet for two years now, and I’m continuing to improve every day.

CHN: Do you drink coffee?

Dr. SB: I’ve never been a coffee drinker, just never liked it. When I was 14 and worked in a restaurant I tried it and hated it, so I never developed the habit.

Probably about 50% of people on the carnivore diet do drink coffee and find that they do feel better.

Once in a while I have a glass of wine, my girlfriend is from France...

But most of the time it's just water and that works for us, we're just like the animals on the planet, we all have to drink water.

I think it works well.

CHN: Let's talk about your book and where we can send our audience if they really want to learn more.

The written text is at the editor right now, and we’re going to do a little bit of editing, adding figures and add some references in there.

It’s in the finishing-up stages. It will probably be available in early 2019 is what I’m told. Barnes and Noble put in a big buy as they anticipate selling very well.

Dr. SB: Let’s revisit all the rules of nutrition, you’ll find much of what we think we know about nutrition is based on speculation and untested.

So, we start by questioning the entire reason behind nutrition...

We don’t have a time machine, so we can’t say for sure, but it's fairly likely that we’ll need to think about evolutionary theory. Think about it, how did we get from Africa, to Asia, to Europe, to North America and South America? 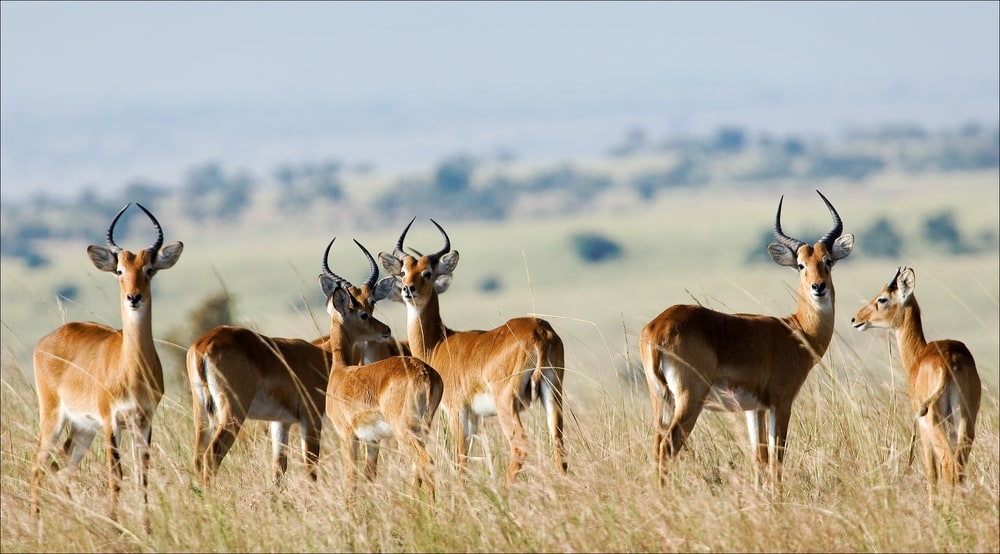 We got there because we felt there are these big animal herds that we can hunt. The book goes into the historical accounts of this...

[It also covers] dietary problems people have, some of the [harmful] chemicals that we find in plants, and then we talk about people who have managed to achieve incredible things with the carnivore diet.

I talk about implementing the diet, what kind of potential transitional problems are, some of the most common side effects, and issues which people can have.

I have a chapter that will talk about the misconceptions and poor assumptions made by critics, data that has been manipulated or misinterpreted...

In general, I think it’s a relatively lighthearted, fun read. I tried to make it entertaining.

It’s not too scientific, except I do have a section at the end with all the scientific references for people who want to dig deep and look at citations.

So far we don’t have a lot of straight-up carnivore studies, but we have a lot of studies that make us question the conventional wisdom on cholesterol and all these other things that we do tend to assume are true.

So that’s kind of the book in a nutshell.

CHN: You obviously have a lot of popularity, you know, with the athletic, high-performance crowd...

But it sounds like you really think this would help the average person, the non-athlete, or maybe someone who is less athletic than they'd like in their 50s?

Get Dr. Baker's in Part 2 of the interview RIGHT HERE.